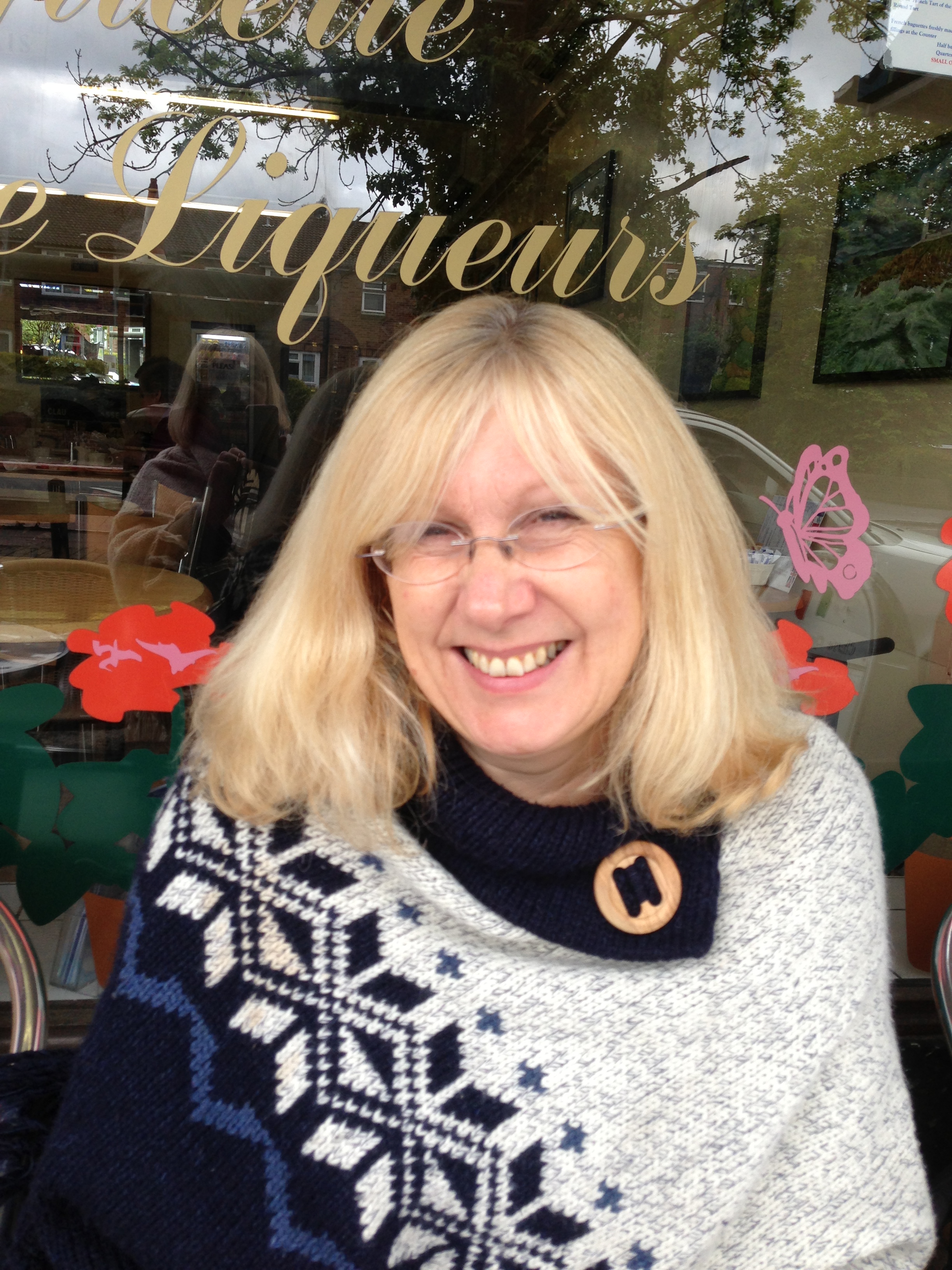 s describing a situation that was causing great distress to someone in her life.  It was a story of two women who had once been very close, but whose relationship had deteriorated to the extent that each was seeking police protection from the other.  As this sorry tale unfolded, I realised that there was something familiar about it.  “Could this be the drama triangle playing out?” I asked.  “Tell me more!” said my friend.

Some of you will be familiar with Stephen Karpman’s concept of the Drama Triangle.  It’s an idea originating in Transactional Analysis, or TA, and I suggest that it’s one of the most potent models available for us to understand the dynamics of encounters, relationships, and what’s going on under the surface when things go wrong.  Not only is it played out with horrible regularity, but it’s embedded in our psyches.  When we’re working with people, whether as coaches or in some other capacity, it’s vital to understand how the Drama Triangle works, to be able to spot it, and to know how to stop it playing out to what can often be a very messy end.

The word drama suggests that there are roles to be filled.  Karpman observed that there were three roles: Victim, Rescuer, and Persecutor.  You don’t need more than two players to act out the drama, although there may be a whole cast of characters.  People  move between roles.  You may make your opening speech as a Victim, and wind up as a Persecutor.  That switch between roles is what creates the drama, and the quicker the switches, the more heightened the drama.

Karpman’s first paper on his observations used fairy tales to explain the Drama Triangle.  Here’s what was going on in Hamlyn – a town plagues with rats, you’ll remember, with the Pied Piper:

Watch any soap opera and you’ll see multiple Drama Triangles played out.  Notice how the roles switch, and how that creates drama.  Remember how hero Othello, who had been the great general, Rescuer of Cyprus, became Victim to Iago’s thirst for power, but then turned into the ultimate Persecutor when he killed Desdemona.  A bit closer to home, and you’re probably already gaining some insight into your most recent argument with your partner, boss, or mother.  It’s all about power, blame, and taking responsibility.

Althea and Brenda meet at a support group for people who are caring for elderly relatives.  Althea’s looking after her frail mother, and Brenda’s there for her father in law, whom she and her husband jointly care for.  They’ve chatted over coffee a few times, and Brenda’s invited Althea for lunch at her house.

A: It’s so nice to get out of the house for a few minutes.  I feel  really trapped most of the time.  And Mum doesn’t appreciate me – she says such awful things.  (Althea’s, Victim Mum’s Persecutor)

B: That’s awful!  You don’t deserve that.  Why don’t I come over and sit with your mum for an afternoon so that you can get out?  (Rescuer)

A: That would be wonderful!  Are you sure?

B: Anything I can do to help. (Rescuer)

E: it’s very kind of you to come, Brenda.  You seem like a very nice person.  To tell you the truth, Althea can be very nasty.  She wouldn’t have given me Jaffa Cakes.  (Victim)

B: That’s awful.  You’re such a sweet person.  Why don’t I come every week? (Rescuer)

Brenda starts to go to Althea’s house on a regular basis.  At first it starts as once a week, and Althea’s delighted to have a break.  Then Brenda makes it twice a week.  Soon she’s dropping in every day, and having tea and a cosy chat with Althea’s mum and bringing her little gifts: a home-made cake, other tasty treats.  Althea’s beginning to feel uncomfortable.  It’s as if Brenda’s taking over her mum.  And all Ethel does is say how lovely Brenda is.  One day Brenda arrives with a cottage pie.  Althea opens the door.

B: But I thought it’d be a help to you – I know you’re always so tired.  And she does love my cottage pie.

E:  Is that Brenda with my cottage pie?

A:  Yes Mum, but I’ve already cooked our dinner.  I’ve done you steak and kidney pudding.  Your favourite. (Rescuer)

E:  Well it was my favourite, but Brenda’s cottage pie is much nicer (Persecutor)

A: Well I’m just about sick of bloody Brenda!  She can take her cottage pie and shove it up her bum! (Persecutor)

Althea takes the dish out of Brenda’s hands and smashes it on the floor.

A: Just get out of my house, Brenda, and stop interfering in my life. (Persecutor)

B: You ungrateful cow!  After all I’ve done for you!  Wait until I tell Colin. (Victim)

Brenda storms off home and tells Colin all about it.

B:….and then she smashed my dish!  You need to go round there and sort her out. (Victim)

C: No Brenda, I’m not getting involved.  To be honest, I could do with some help from you with looking after Dad.  I’m sorry you’re upset, but you’ll just have to sort it out yourself.  (Adult, not playing)

Colin could have responded differently and the game could have got more explosive:

C: Right!  I’ll go round there and show her what’s what! (Rescuer of B, Persecutor of A)

Or he could have said:

C: But what about me?  I’m stuck here day after day while you go and do your good deeds.  I haven’t had a day off to play golf for weeks!  And where’s my dinner?? (Victim)

Luckily, he responded as an adult, and took the heat out by refusing to play the game.

The story could end in a number of ways.  Brenda could go into full blown Persecutor and complain to Social Services that Althea was abusing her mother.  Or they could avoid each other and decide not to speak.  Each will perceive the other as their Persecutor, and each will feel that they’re the Victim.  Everybody loses.  Althea’s mum loses a new friend, Althea and Brenda both lose friends and support, Colin finds the tension at home very trying. They could, of course, decide to apologise for speaking out of turn and being insensitive about boundaries, and they could negotiate a new way of being.  That would require them to engage their Adult selves, as Colin did in refusing to play the game.

As I thought about writing this blog, I reflected upon times in my own life when I’ve got caught up in the Drama Triangle.  It’s affected close relationships, friendships, and family dynamics.  We learn to play the game very early on in our lives.  We observe it in our families.  We learn that playing the Victim gets us attention and gives us power once we’ve found a willing Rescuer.  We learn that in order to stay safe in our families we need to adopt a Rescuer role with Mum or Dad.  We learn that being the one that takes care of everyone gives us a certain amount of power – until they all turn on us and we become the Victim!  And in families where there is addiction such as alcoholism, the Drama Triangle is clearly in evidence.  Awareness of how it works – and how to stop it – and the roles individuals tend to play can help to break a cycle of dependency and abuse.

I have seen how the Drama Triangle gets played out in dysfunctional work situations.  Have you been part of an organisation where there’s a gulf between management and frontline staff?  Where “they” always feel persecuted by “them”?  Where you’re either a goodie or a baddie or the person who gets brought in to sort it all out?  Where there’s conflict, it’s always worth looking to see if the Drama Triangle is in play.  And the only way to stop it is to not play.  That means taking personal responsibility for your feelings and your actions, and we don’t always find that easy.

Others have written very eloquently about the Drama Triangle, and it’s worth reading on a bit more.  Here’s a very succinct and clear account:  http://www.tobilytle.com/drama.html  and there’s a very good description here: http://coachingsupervisionacademy.com/thought-leadership/the-karpman-drama-triangle/ .  Relationships are explored here: http://www.psychologytoday.com/blog/fixing-families/201106/the-relationship-triangle .

I’d love to know your thoughts!  And if this chimes for you, please pass on to others.