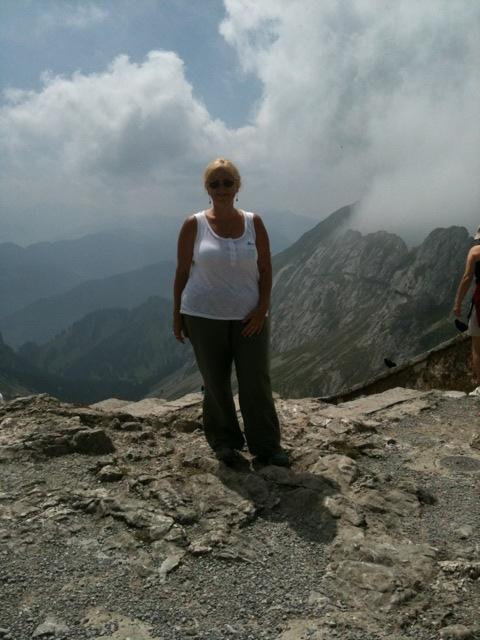 I was going to write about the riots.  That was last week.  I started to write, I started from the point of view of my little niece who watched Croydon burn from her 9th floor window.  I stopped while I read what other, more clever people were writing.  I reflected a lot: wasn’t there a parallel between my experience as an exploited migrant worker in deepest feudal France in the seventies and the young people rioting?  We stole food, my comrades and I,  just enough to stop feeling hungry, there was plenty left for the farmer and his over-fed family.  But nonetheless, a normally law abiding group of young people acted out of character and stole.   I agonised about the possible parallels with Ben in the office.  “You can’t eat Nike trainers and flat screen TVs,” he said.  “I’ve lived on benefits or minimum wage and never gone looting.  You don’t need all that stuff.  It’s just wrong.”  Talk about cutting through the crap.  So my story about what I was doing the night that Elvis died in 1977 and ponderings about Primo Levy’s grey zone will have to wait for another time.  The best article that  I read about the riots was Camila Batmanghelidjh’s in the Independent:   http://www.independent.co.uk/opinion/commentators/camila-batmanghelidjh-caring-costs-ndash-but-so-do-riots-2333991.html  It bears reading again.

People who felt scared and shaken by the riots, people who felt angry and needed a way to express it, took to posting messages on the hoardings protecting the smashed windows of department stores.  One little comment seemed to sum it all up:  “It’s complicated”.  So I’m going to leave it there and move onto my favourite book of the moment.

I’m re-reading Nancy Kline’s Time to Think.  It’s subtitled Listening to ignite the human mind.  I think we all need to hear the message in this book because it’s about how we interact in all of our relationships – our friendships, intimate relationships, at work, when coaching, and so on.  I had the great privilege of doing a workshop with Nancy Kline whilst training as a coach at the School of Coaching.  She exuded serenity in a way that even the most laid back of us might envy.  And when I read the dedication she wrote in my book, I smile and feel a warm glow because she’s paid attention to who I am in the workshop and her message affirms me.  Nancy’s premise is simple and yet profound: “Everything we do depends for its quality on the thinking we do first.”  And when she talks about thinking, Nancy Kline’s not just talking about cerebral processing devoid of emotion or empathy.  She talks of listening from the heart, and with imagination and courage.  Maybe that’s why I like reflectors so much: they take the time and trouble to think things through.  Quakers have been doing this for centuries.  Maybe that’s why they’re so often the courageous leaders of radical social change.  Nancy writes about the creation of a Thinking Environment and how this can transform the thinking and performance of an organisation.  She writes about dissolving limiting assumptions with incisive questions.  She also talks about the importance of the quality of the attention that we give one another, suggesting that the quality of a person’s attention determines the quality of other people’s thinking.

There are ten components to a Thinking Environment.  Firstly, giving attention, listening with respect, interest and fascination (I’m quoting directly from the book here.)  Secondly, asking incisive questions that challenge assumptions that limit ideas.  If I knew that I was an intelligent and capable person, what could I be or do?  Next, Equality: making sure that everyone in a team or group has an equal amount of time to contribute, is given the same quality of attention: the CEO’s thought about an issue is no more important or valuable than the administrator’s, for example.  Nancy suggests that in appreciating others we give appreciation to criticism in a 5 – 1 ratio.  The next one can be challenging – or I find it so – ease and creating and environment free from rush and urgency. Then encouragement, which Nancy describes as moving beyond competition.  Feelings need an outlet, and sometimes we need to express them in order to clear the way for thinking.  Information is the next component, making sure that people have a full and accurate picture of reality. Place means creating an environment that gives people the clear message that they matter.  And the tenth component is diversity, with our differences adding to the quality of our collective thought.

It’s not easy.  In fact, it’s complicated.  It takes awareness, practice, and commitment.  How easy it is to butt in, finish someone’s sentence, offer solutions,  disempower.  But I hope that this taster has given you enough to make you want to read Time to Think and create Thinking Environments at home or work to bring about radical transformation and unleash boundless creativity and energy.