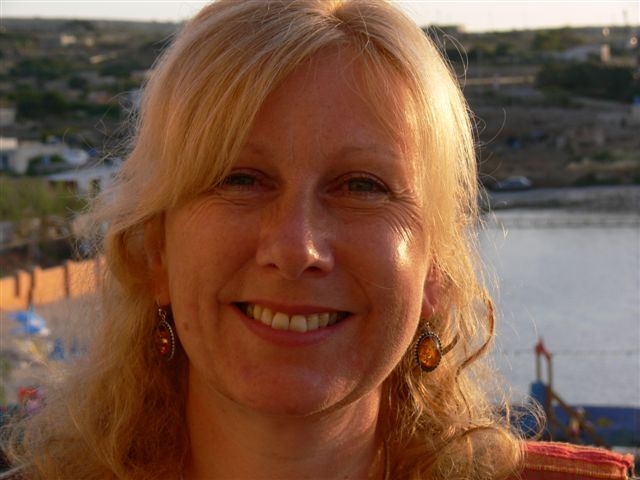 This has been a week with some truly glorious moments.  A week in which my soul’s been touched.  A week rich in meaning and connection, too.  Sometimes you just have to be open to it…

I name this blog in honour of Ali Smith, who, with her friend and fellow writer, Jackie Kay, was reading and talking and thinking aloud at Foyles bookshop on Charing Cross Road last Wednesday.  Now going to Foyles is itself somewhat magical.  If you’ve never been there, it’s a huge rambling bookshop on the fringe of Soho.  There are 5 floors (I know Waterstones also has 5, but it’s just not the same) and you can amble from sheet music to philosophy to gay erotica through psychology and then into Ray’s Jazz shop, which Foyles rescued, and on into ancient history and lose all sense of time, just you and thousands and thousands of books.  Oh, the smell and the hush!

Ali Smith and Jackie Kay are two bright, accomplished Scottish writers whose work I’ve loved for years.  You may have heard Jackie reading her short stories or her autobiograpy Red Dust Road on Radio 4.  If you can hear her read her work – she’s a poet too – then you’ll enjoy a rare treat and you’ll be touched by the sheer joy of living and the wicked sense of humour and  simple humanity that infuses her work.  Ali’s stories and novels have a quality of magic, they’re quirky and she plays with the form, dissolves absolutes…read her if you can.

So I’d gone to listen to them reading, a long overdue literary treat for myself.  The theme of the evening was friendship: these two had known from when they’d first met that they were to be friends, and so they were.  Friendship, they agreed, is forever and continues through and beyond life’s dramas, the coming and going of lovers.  Jackie read from her new book of poetry, Fiere, which means friend, equal, in Scots and surely touched every soul in the room.  Ali read from her new novel, There but for the and in describing her first venture abroad at seventeen – a trip to Europe that she’d won in a creative writing competition – she touched several chords for me.  Connections and reconnections.

“Haven’t we met somewhere?  I’m sure we’ve met,” she said as she signed her book for me.

“Only at a book signing some years ago,” I said, and I was one in a winding snake of a queue, wouldn’t have exchanged more than a love it, would you, yes please, thank you, bye, but she got me wondering: when we read books and they’re good, we feel as if we’re on a journey with the writer.  Sometimes we feel as if we know them like a friend, there’s a connection.  What if at some level the writer is also being connected to her readers?  What if there are invisible strings or wires that make that connection as soon as you open a book, the book as a key, a switch into connectivity?  Someone should write a sci-fi story…

Why But?  Ali was singing the praises of small words, the tiniest words in the English language.  Even an everyday word like the  has a power that a does not.  Virginia Woolf, she said, started A Room of One’s Own with the word but and that was so radical, especially if, like me, you’d been taught to never, ever, begin a sentence with words like but or and.  To this day I feel that I’m being rebellious if I start a sentence with a conjunction.  It feels like breaking the rules, which, I have to admit, gives me great pleasure, as if I’m being subversive, giving the finger to the worst English teacher that ever lived and who crushed this young writer’s and who knows how many others’ creative sparks at Godalming Grammar…Take that,  Miss Tottle!  Ha!  But is a word of possibility.  As Ali said herself, in an interview, “but the thing I particularly like about the word ‘but’, now that I think about it, is that it always takes you off to the side, and where it takes you is always interesting.”  Sometimes it’s used to negate:   I’m seriously trying to lose weight, I’m on a mission, but I’m just going to eat that one cream cake and chase it down with a glass of wine….and it can be used to close down or discount; but I’m beginning to see how this tiny word holds a realm of possibilities, can open or close, it’s up to you how you use it…

If you’re familiar with Jackie’s work, you’ll know she writes about some gritty life issues: relationship break-ups (surely the poet laureate is bonkers?), adoption, trans-racial issues…and always with compassion and affirmation of the joy of living.  Someone in the audience asked her about this, and how she felt about writing such personal and often difficult things.  “You have to write towards the light, towards love,” she said.  Ali added, “Don’t write towards despair.  Always towards the light.”

So I left bearing a bag full of books – for me, for good friends, feeling inspired and warmed with my head full of possibilities and a determination to write towards the light, to direct my path towards the light.  Are you coming?

And so back to the theme of friendship (an indulgent little conjuction there!).  My friend Lois dropped into my life like a gift some years ago.  Like Jackie and Ali, friendship was inevitable.   She was running a workshop at a conference and happened to mention that one of her favourite ways of relaxation was to read a murder mystery.  Later on, at the tedious end of conference plenary, we found ourselves sitting next to each other.  “I’m writing a murder mystery,” I said.  “I’m thinking about writing a book about mess,” she said, and then came the wine reception and the start of our journey towards knowing each other.   We don’t see each other very often, so it’s always a great treat when we do.  This Thursday I went to visit her at her riverside home.  She’s been on a difficult, challenging journey these past months, and it’s wonderful to see her on the road to health.  Our conversation took us around the world and to all sorts of places, delving into our nooks and crannies, exploring conundrums (conundra?), creativity, life and love, placing on the candle-lit table some of our truths and findings as well as our questions.  I won’t go into it all, but one of the things Lois does is ask incisive questions.  Sometimes they’re really scary, challenging questions, like “well, Annie, what are you going to do about it??”.  This time, talking about life and relationships, she asked, “Are you present?”  And that set me off on another trail.  I realised that I’m often not:  I’m in the past, or the future, sucked into TV otherworld, anywhere but here.   It’s something I’ve been trying to work on through yoga.  And for these past few days, I’ve been more consciously present.  Never more so than when my mother, with whom I’m going on holiday very early tomorrow morning, let slip ten minutes before all the insurance companies closed their phone lines for the remainder of the weekend that she hadn’t arranged any travel insurance.  She’s 85.  We’re going to foreign parts.  We’ve had this conversation before: partner and I being very clear that we weren’t going abroad with her unless she was insured.  She thought she’d slip this one by us.  I responded very appropriately, very much in the here and now, totally present, and then slammed down the phone.  The woman at Saga was lovely – I got in with two minutes to spare – and my mother, you’ll be pleased to learn, is now insured for her journey.

Isn’t it funny how people define themselves?  I was trying out being a market trader yesterday, selling SHARE Community’s delicious chutneys and infused oils at the Battersea Food Festival (yes, it has been a very varied week!)  Lots of people relished the samples we offered, but several wrinkled their noses and said “ooh, I don’t think so, I’m not really a chutney person.”  I started to wonder what a chutney person looked like.  I don’t think I’m one, but then I don’t think I’m not one either.  I don’t like to be defined by any one characteristic, come to think of it.  But is the world really made up of chutney people and not-chutney people?   What other curious definitions have you come across?

Time to iron and pack before going to collect a chastened mother.  (my mother?  chastened?  Some hope!)